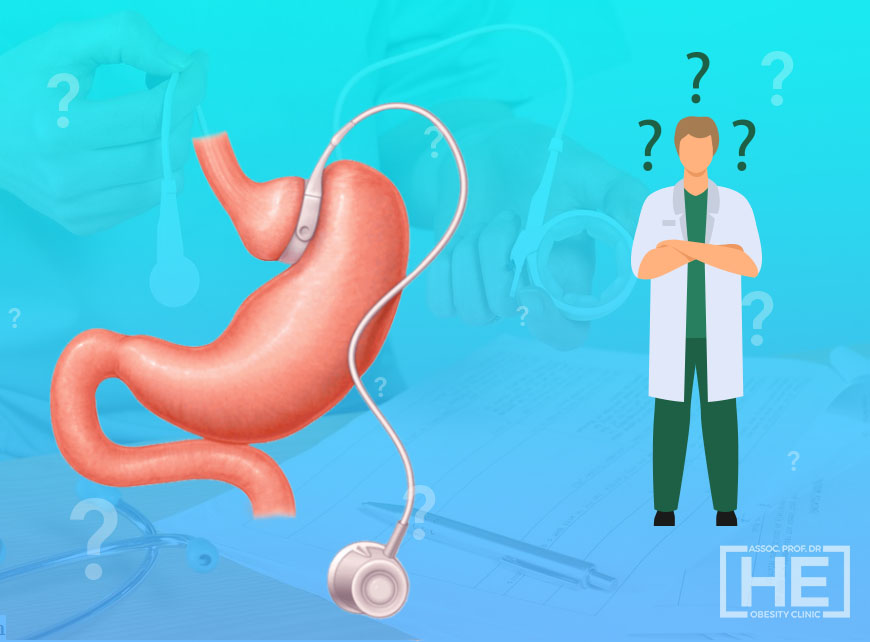 Gastric band procedure provides weight loss by restrictive method. A volume of about 15-20 ml is limited by inserting a tape made of silicone about 3 cm below the composition of the esophagus and stomach. This tape made of silicone is attached to a chamber placed under the skin with a thin tube. The liquid given to this chamber can inflate the balloon, which is initially deflated inside the silicone tape. In this way, if it is needed over time, the width of the tape can be adjusted without any interference with the needle to be made from the skin. This adjustable feature is not available in any other weight loss surgery method. Another gain is that no anatomical changes are made during placement, the stomach is not stapled and divided. If it is removed for any reason, it does not leave any permanent changes after it, it is a 100% reversible attempt.

What is Gastric Band?

It is a method of placing a silicon band around the part of the stomach immediately after the esophagus with open or laparoscopic surgery. It narrows the entrance to the stomach and reduces the volume of eating. A balloon located on the inner side of the tape is connected to another assembly placed under the skin by a pipe. In this way, the volume of the balloon can be increased or decreased with an injector inserted into this assembly at the desired time, thus it is possible to change the opening of the stomach entrance. It is a technique that requires a lifetime of follow-up and adjustment. Both the gastric band itself and the subcutaneous connection assembly can cause many problems, especially infection. Treatment of these problems is quite difficult and risky.

What does a Gastric Band do?

The gastric band is a slimming method applied to obese patients who have not seen results from diet, exercise, and medical approaches. With this method, it is possible to get rid of 50 percent of excess weight in a year. The gastric band is considered suitable for patients who have at least 40 kilograms of excess weight from their ideal weight. The gastric band is one of the types of obesity surgery that is performed in about 1 hour and is easy to use. The purpose of this operation is to compress some of the upper parts of the stomach. With this compression process, the stomach volume decreases, and the appetite section of the stomach is suppressed, making people want to eat less. As a result, people feel full for a much longer time with little food, and a small portion is enough to saturate a person.

How is Gastric Band Performed?

Laparoscopic methods are used in most patients for gastric band. Because surgery is performed through small incisions, most patients can usually return to their daily life in a very short time. This balloon is connected to a port placed under the skin via a thin tube. The Port is made of titanium, coated with silicone on some brand bands, flat and a few cm in diameter in the form of a disk. On the upper face is a membrane that can be entered with a needle. The Band is left down during surgery. After about 1 month, it is gradually inflated with serum injections from the port in the skin. In this way, the size of the stomach passage after surgery can be changed with an intervention as simple as an injection. In Band method, as in other surgical methods, the main basis is to change the patient’s behavioral habits and way of eating. When efforts are made to acquire proper eating habits, stomach clamp can provide serious weight loss without starving, depriving of any food, as in diets, and offer a healthier life by reducing the risks associated with secondary obesity-related diseases.

What are the Advantages of Gastric Band?

A practical and easy procedure, the gastric band procedure has many advantages. Some of the Advantages of Gastric Band are as follows:

What are the Risks of Gastric Band?

As with any health procedure, there are of course some risks of Gastric Band.

How is the Recovery Period after Gastric Band?

This method is a long-term method. An empty balloon is placed from the mouth into the stomach, providing a feeling of satiety and satiety as much as the volume covered by the balloon in the stomach. In this way, the person’s eating is reduced. The balloon needs to be removed for about 6 months or 1 year. Thanks to this method, it is aimed to lose weight up to 20% in people. This method is used in preparation for basic morbid obesity surgery, either in patients who are too risky to have surgery or in people who are super obese. Following the removal of the balloon, he faces the risk of gaining weight again if he does not adopt a tailor-made meal and physical activity program. Patients are discharged within 1-2 days after surgery. It is usually returned to normal life after 4-5 days after surgery. After surgery, foods in the form of liquids or mash are given for 2 or 3 weeks. Then gradually switch to soft foods. 6 weeks after surgery, it will be possible to switch to normal food. The Band is made of a special rubber. Inside the tape is an inflatable balloon. This balloon allows the band to adjust. Depending on your eating situation more or less, you need to loosen or tighten the band. In the anterior abdominal wall, the port of the gastric band is placed under the skin and connected to the balloon of the band with a catheter. A needle is inserted into the port and filled with serum, tightening the balloon of the tape. As the fluid is drawn, the balloon relaxes.

At the end of the recovery period (average of 6 weeks), the adjustable band is inflated and tightened through the chamber placed under the skin, and thus excess food consumption is prevented due to excessive bloating sensation. After surgery, specialist follow-up continues to control regular and healthy weight loss, the band around the stomach can be adjusted by loosening and tightening according to the body’s needs. This material can remain inside the body without causing problems unless there is a situation that requires the removal of the band.

How Much are Gastric Bands?

For surgical treatment of obesity, it is a tool that wraps around the stomach in the upper part of the stomach, slightly below the esophagus, and can control the amount of food that will pass into the stomach, inflating when desired. Made from an inflatable silicone material. It makes the patient lose weight using a restrictive method. The price depends on the material quality and the patient’s condition.

Before and After Pictures

“I came from Germany . I had my Surgery with Dr. Hassan Erdem. I am very satisfied.
He was very nice and friendly. He did good Job. 😊👍The Hospital was very good and the people are nice. They always checked me up. I almost lost 5 kilos in 6 days.🌸”

“Had my operation in may 20th it’s now July 17th I’ve lost 20 kilos best thing I ever done. Feel healthier and happier thanks to all the staff an doctors for their help it was much appreciated will be back to visit soon. Thank you so much for everything.🤗”

“The best decision I made in my life was having this operation. I had my surgery 5th of July 2018 and went into it weighing 118 kilos and it’s been just over a year I’m 74 kilos. Worth every single penny I spent and the doctors are so motivating and supporting😊”.

“Thank you for everything doctor Hasan. I had gastric sleeve 7.04.2019. I lost 43 kilos. After the surgery, i felt a little pain but that was worthy. Dr Hasan and his team gave me a new life. Now, As if I never lived before. Thank Dr. HE and his team.😚"

"I was searching for this operation for years. I found Turkey and Turkey was a good option. Before the surgery, I was afraid. But Dr. Hasan Erdem and his team helped me a lot. Now, I lost 13 kilos in one month.. I am getting better everyday.😇"

"I was 120kg and now 75kg, it's Dr. Hasan and his team's miracle. From start to end everything is perfect. They always write to me and ask about my health per week. I made a good decision. Of course, I was worried and I was afraid but their energies were wonderful.😌"

"What a service from arriving to leaving i can't fault these people enough. Recommend the whole team was really fantastic and couldn't do enough. Was really worried about the surgery but everyone of the team just made it so at ease FANTASTIC. I have no regrets Thank you Dr. HE!🙏"

"How can I say? My weight was 138. I was feeling so tired. I could not even walk. I could not sleep well. I found Dr. Hasan Erdem on the internet. I had so many questions. I was worrying but his team helped me a lot. After 8 months, I lost 47 weight.🥰" 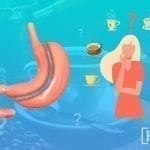 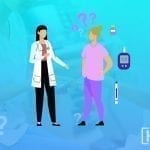 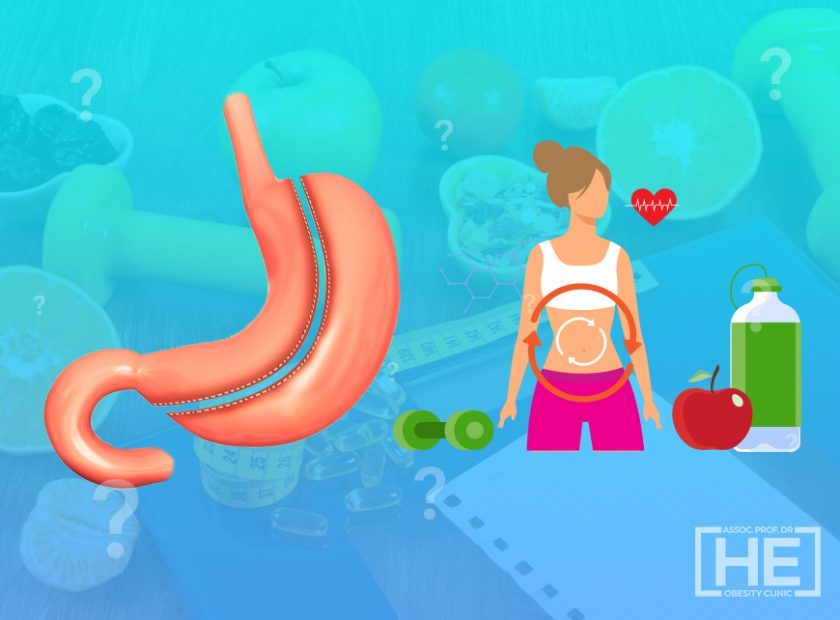 The Day before Weight Loss Surgery 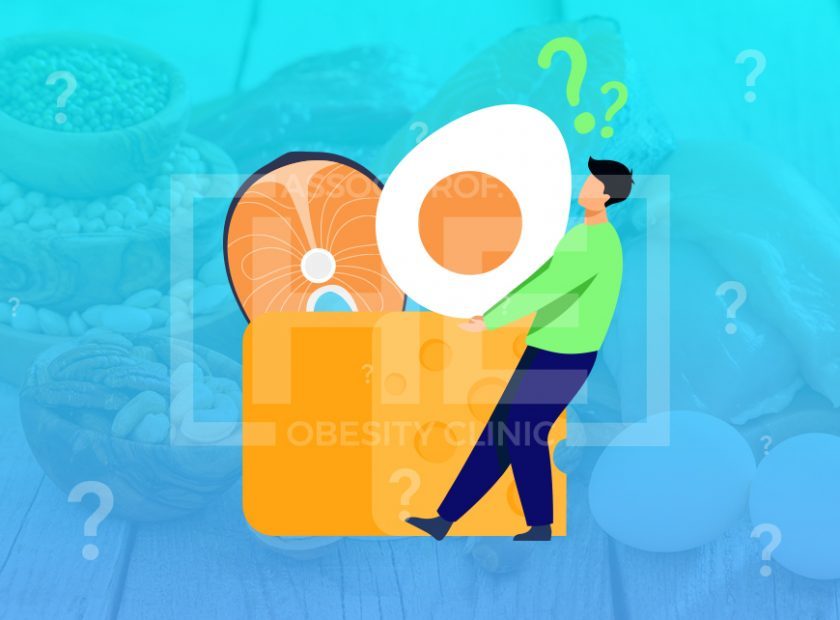 What happens if you don’t get enough protein after bariatric surgery? 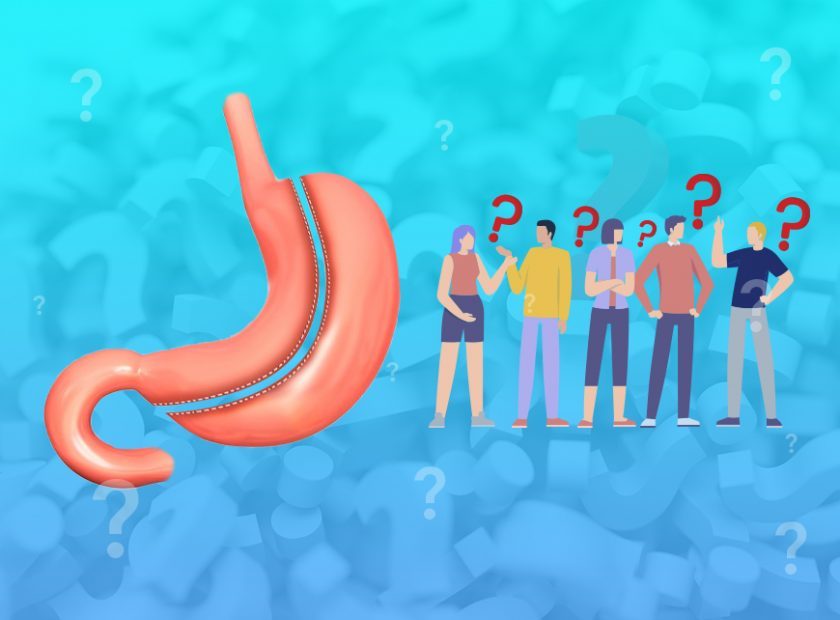 Am I A Candidate For Weight Loss Surgery? 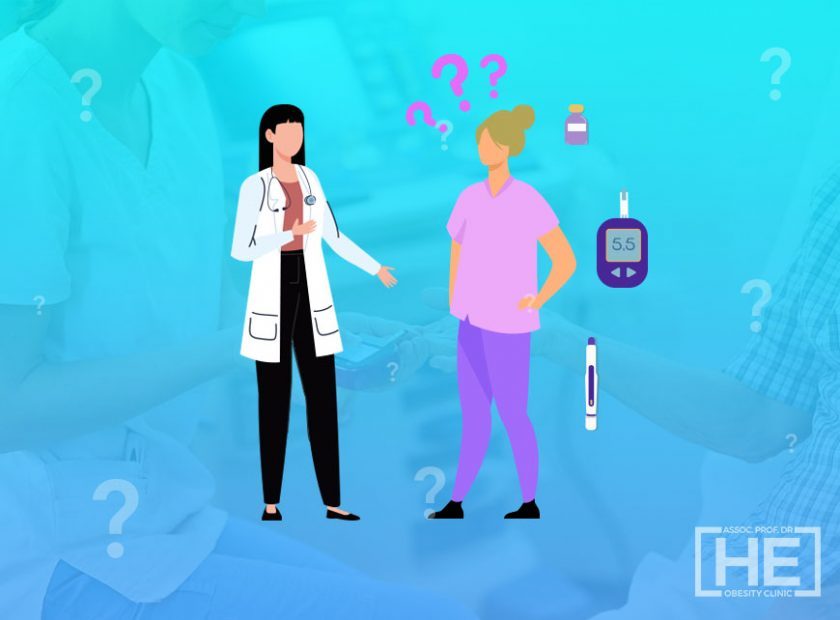 Can diabetics have bariatric surgery? 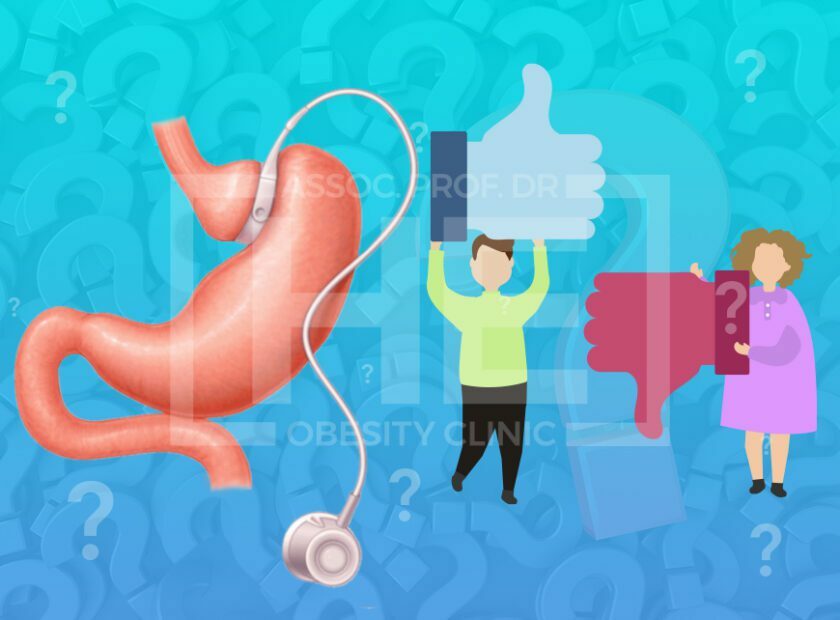 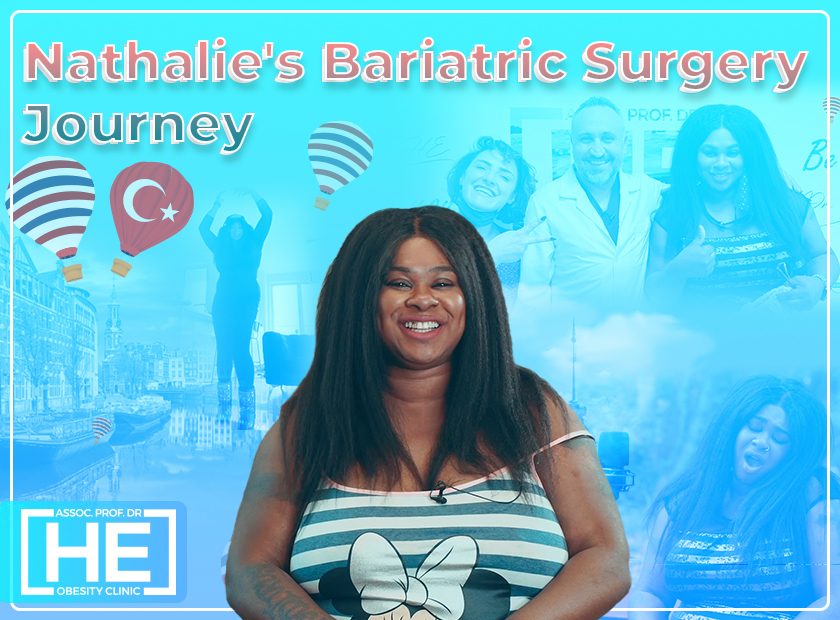 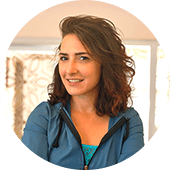 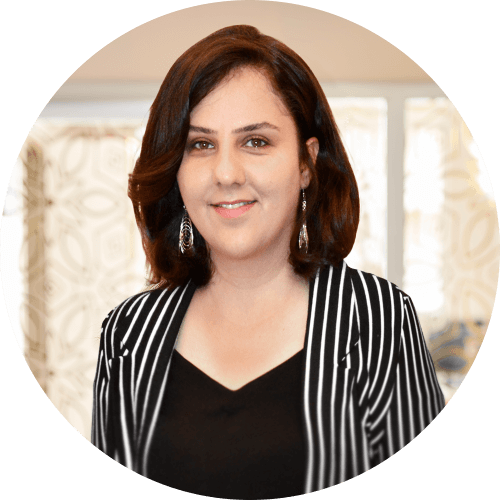 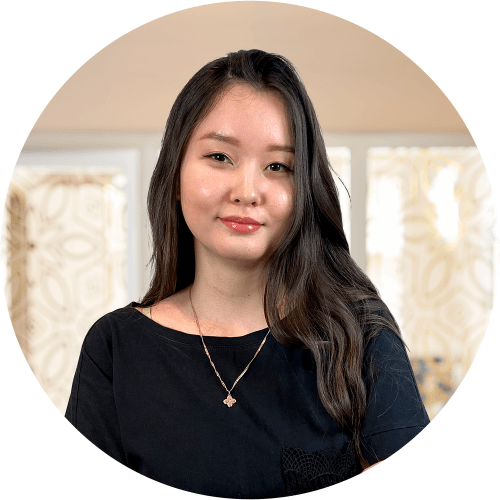